INTERPRETATION AND THE PROGRESS OF THE CHURCH Part 1 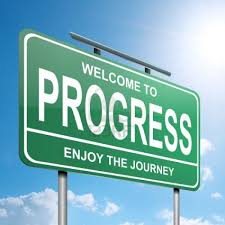 It was some of His last moments on Earth. He was alone in the dark garden. He could have talked to God about anything. However, some of the last words of our Lord were in a prayer where He asked God to make Christians one as He and the Father are one (John 17). Unity was so important to Jesus that it was one of His last thoughts. There were two things mentioned by Christ that would lead others to believe in Him: godly love and unity that comes from said love (John 13-17). He did not say that perfect moral actions or perfect intellectual understanding will be what provokes conversion and growth in the kingdom. A unifying love has always been the will of God (1 John 4).

But there is a problem because of various disagreements, traditions, and backgrounds. The belief system founded on unity has very little. There will never be a time when every person agrees on every issue, so how does the Christian faith remedy this dilemma? The root of the problem is biblical interpretation. If Christians address this issue, they can have the unity the Lord so passionately desired for His people.

We will talk about this over the next several posts. First of all, this series is intended to explain what a hermeneutic is and give some examples. From there, the significance of hermeneutics (aka: interpretation) will be discussed in the context of both Christendom in general, and the churches of Christ specifically. Third, the goal of this series is to teach the reader how Scripture teaches Christians to interpret itself. Last, this series will end with discussing if it is necessary, or even possible, to change the hermeneutic (principle of interpretation) that both the churches of Christ and Christendom use. – Jesse

Suggested Reading Before Reading This Series: