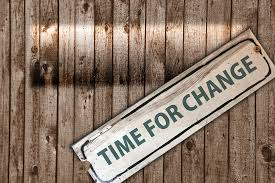 I haven’t spoken in much detail about my journey and how I’ve gotten to where I am. I’ve just mentioned pieces of it here and there. Perhaps one of my next articles should be my testimony so you can get to know the person behind the words. This time, however, I want to mention a list of things that have changed for me over the years.

This article is primarily for my Church of Christ brothers and sisters. I want to list some views that have changed for me over the years. I don’t bind my views’ that isn’t what is about. This is not intended to be a reference list full of details and verses. I have written and will continue to write well-thought-out reasons for my beliefs. There is logic, theology, grammar, and a series of other necessary ingredients behind anything I believe. That doesn’t make the views right or wrong. But it is worth noting that fact before anyone decides to assume otherwise.

I also want to say that these views are not necessarily the views of the ministers, shepherds, or members of the church I attend. These are just simply some personal views that have changed for me over the years (and may change again while I’m on my journey, that’s how faith works). It is not meant to be exhaustive, detailed, or mind-changing in any way. And I am only speaking from my experience. I understand that not all churches or members are the same.

The point of this post is that studying and letting Scripture speak for itself will often change what you originally thought was true. Ask the pharisees! I believe the Churches of Christ have good intentions and love the Lord, but we seem to have a general fear of change. I don’t think I’m right about everything by any means. But I do want to start a conversation in the minds of those who read this article. I believe that, generally speaking, as a movement, we (the churches of Christ) need to be less afraid of change when it is necessary, and we need to be more willing to question things.

Over the last several years, I have changed my position on many “traditional” CofC  issues after more study. I’ve also kept a lot of views after more study. But it is a much harder thing to change than to remain the same. I’ve also changed some views that even my other protestant friends would see as traditional. The following positions are still subjects that I am willing to study further and humbly listen to other arguments. But, at the moment, this is where Scripture (and I believe the Spirit) has guided me.

1) I believe one begins their relationship with God at the point of genuine and commited faith (Spirit immersion). They then are baptized in water as a sign of said faith and to recieve the fullness of grace.

2) I believe instruments in worship are fine so long as they are not the item of worship.

3) I believe women can be deacons, preachers, and lead singing, etc..

4) I believe drinking is okay (although not always wise) but being drunk isn’t God’s will.

5) I believe that the fate of the wicked might end in total destruction, but almost certainly not eternal conscious torment. That said, I also hopefully lean towards the major view of the first six centuries, which is that God will reconcile all to Himself. I am hopeful that all means all.

6) I believe heaven is real, but that there will be a new heaven and earth.

7) I believe we will have resurrected bodies.

8)I believe communion was most likely taken in some form daily in the early church.

9) I believe the Bible is inspired, but I also believe it has some human elements to it, so context and wisdom is important. It is not to be worshiped, but used correctly and respected.

10) I believe the Holy Spirit lives within us and speaks to us today, but that He doesn’t contradict what He has already said.

11) I believe the elder and deacon qualifications are most likely general qualities, not a checklist.

12) I believe the traditional interpretation of marriage, divorce, and remarriage has done so much harm to people’s lives.

13) I believe that Genesis 1-2 are classic examples of Hebrew poetry. I am not a scientist, so I do not wish to comment on the particulars of our existence. And I think that doing so misses the point of the passages written to previously enslaved tribal people who jsut wanted to know their God and how He was different than the other “gods.”.

14) I believe, while there was order to the church gathering, it was much more informal than how we typically do it.

15) I believe we are to worship God daily and that, in a general sense, we worship Him just by being a Christian indwelled by the Spirit. But I also believe that the point behind the “gathering” is not just to worship (although we should be willing to worship always) but it is primarily to build up one another in Christ.

16) I believe that we are not to judge those who are in the world but to simply do our job and let God do the judging.

17) Regarding homosexuality, I admit that my view is undecided. I lean towards a fully affirming view. But on my most “traditional” day, I believe the actions of homosexuality are sinful but no more or less sinful and capable of finding grace than any other thing outside of God’s ideal will. The church has let this community down.

18) I believe that the same measure that I judge others will be given to me and that mercy always triumphs over judgment.

19) I believe that grace is immeasurable but that it is only found with a heart that puts its trust in Jesus.

20) I believe that “church of Christ” should only be a descriptive term, not a name.

22) I believe that universally applying the interpretive method of CENI/the law of silence is inconsistent at best.

23) I believe the entire point of Scripture (God’s will) is for those created in His image to return to His image through Christ. That transformation is a life-long process through the Spirit. When Jesus comes, we will be as He is. And we will forever be in our eternal family.

25) I believe the Spirit guides those seeking truth, even those who are not yet Christians.

26) I believe the traditional Churches of Christ (in my experience) have the most dangerous creed of all, the “unwritten creed.” Well, it’s written in books like “why am I a member of the Church of Christ,” but it is not seen as a creed by the traditional individual. My point is that It’s hard to edit a creed that you don’t know you have.

27) I believe that, in a lot of ways, many of us in the Churches of Christ have become one of the most denominational “non-denominations” there are. In other words, we claim we aren’t a denomination, but many of us act very denominationally in a sectarian sense. (not all, but many in my experience)

28) I believe that biblical faith is synonymous with repentance and confession in the Scriptural context.

29) I believe man is not saved by faith, baptism, blood, or anything like that. He is saved IN Christ BY grace THROUGH faith.

30) I believe that no church can save you. Only Christ’s grace can do that.

I’m sure the list goes on. And some of these things I believe more or less strongly than others because I believe there is more or less evidence for some of these positions than other positions that I lean towards. But the point is, I don’t see things as black and white as I used to. It is amazing what happens when you let the Bible speak for itself! I love my heritage, but we have work to do! Even if you don’t agree with me on any (or most) of these views, you must admit, after looking honestly at Scripture, that many “church of Christ” views are just as inconsistent and in need of change as any of the “denominational” views that some in our movement condemn so easily. These are just some thoughts on change. Don’t make this article any more or any less than what it is. It is a call, in love, for an honest look at our movement and the divisions we often cause in God’s kingdom.

See Also Being Afraid of an Ever-Changing Culture